PatchPanel saves $37k/year by automating their Shopify Store with Mesa

Mesa is the only eCommerce automation platform exclusive to Shopify & Shopify Plus. PatchPanel uses Mesa to automate its fulfillment process and free up time spent on manual data entry. Using our no-code workflow builder, they took advantage of our premade templates to customize their automations, saving time on repetitive tasks. Watch your business grow with Mesa!

PatchPanel is a Canadian company devoted to making custom patches. While primarily focused on service workers such as military and police, their patches work with a variety of fabrics and reflective surfaces. PatchPanel’s business is growing rapidly; more than 50% month over month. As a result, the PatchPanel team found themselves with demand that was quickly outgrowing their capacity.

PatchPanel produces quality, custom patches at high volume. They use a Shopify app to collect information from customers at the time of purchase, such as a name, slogan, or to specify custom order options. This enables shoppers to enter precisely what they need personalized on their patch. Based on this custom information, each order has to be uniquely programmed into PatchPanel’s patch-making machines. Previously, PatchPanel employees had to meticulously filter each order to find the custom properties and manually encode each order for the manufacturing process.

Owner Evan Henshaw realized PatchPanel’s growth was not sustainable if they had to continue the manual effort of organizing all that order data. He needed a solution that could automatically organize order details for quicker production and eliminate errors. He found Mesa in the Shopify App Store and saw that he could build a workflow to automatically send encoded order data into an Excel sheet that his production machines could use.

Henshaw initially estimated Mesa could save his team about six hours per week. However, once Mesa was installed, their newly-automated fulfillment process was up and running quickly, and the incredible results started to roll in.

“It turns out I was way wrong on the time savings. It’s nice to be wrong when this is the end result. It’s paying off far bigger than expected.”
– Evan Henshaw, Owner

After three weeks of fine-tuning their workflow, PatchPanel was able to save a full forty hours of human labor each week. Now one of Henshaw’s headcount is able to devote their full time to PatchPanel’s growth goals.

Start with one of our popular templates

PatchPanel found success in building workflow automations to save time and money. Get started with one of our 100% customizable workflows now!

Simplify the workload to manage your Shopify store in 2022

Get the playbook to help you get started with automation. See how other successful merchants found a better way to work → 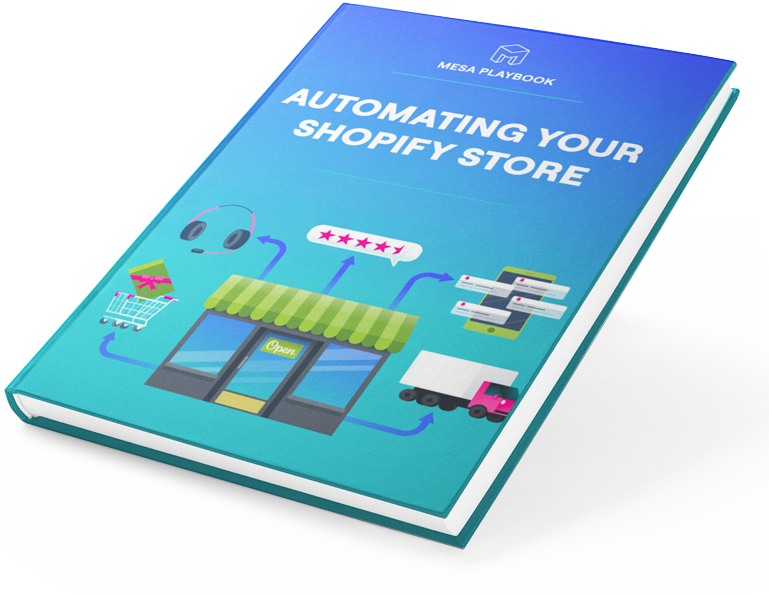 We watch for new apps then package them into an email sent every Tuesday.

Discover MESA No thanks